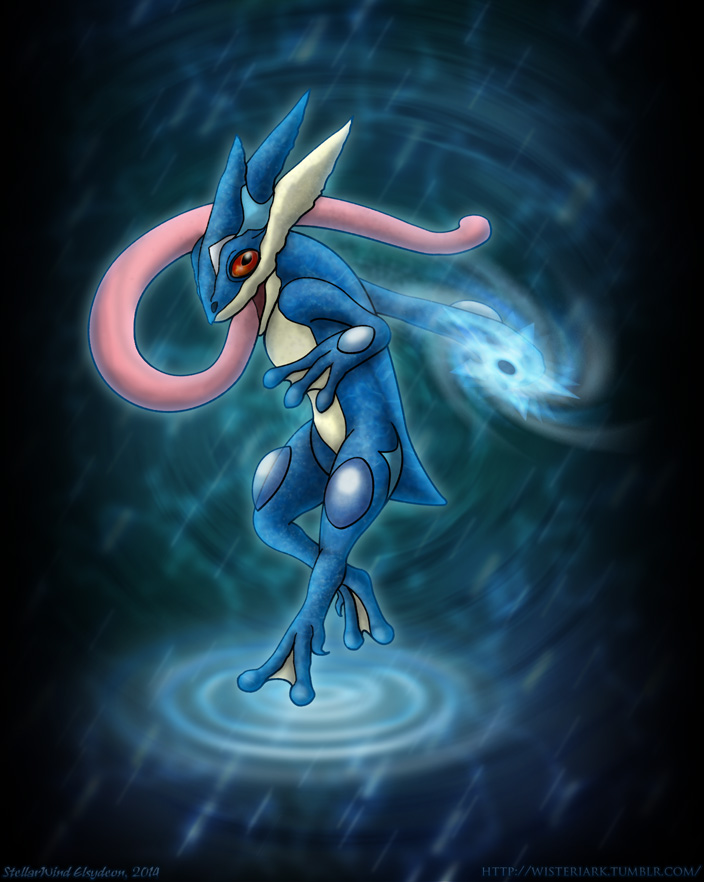 "He has obtained the façade used to overcome life's hardships... THE PERSONA DISCO NINJA FROG!"​
Alright, I confess: the only thing that stopped me from really liking Greninja was that incredibly dumb tongue scarf - So in the interest of making the thing make sense, the tongue is question does not have a stranglehold around its neck (though it is still doing a silly whippy thing to keep it recognizable).

Water Shuriken is an immensely cool concept for an attack.