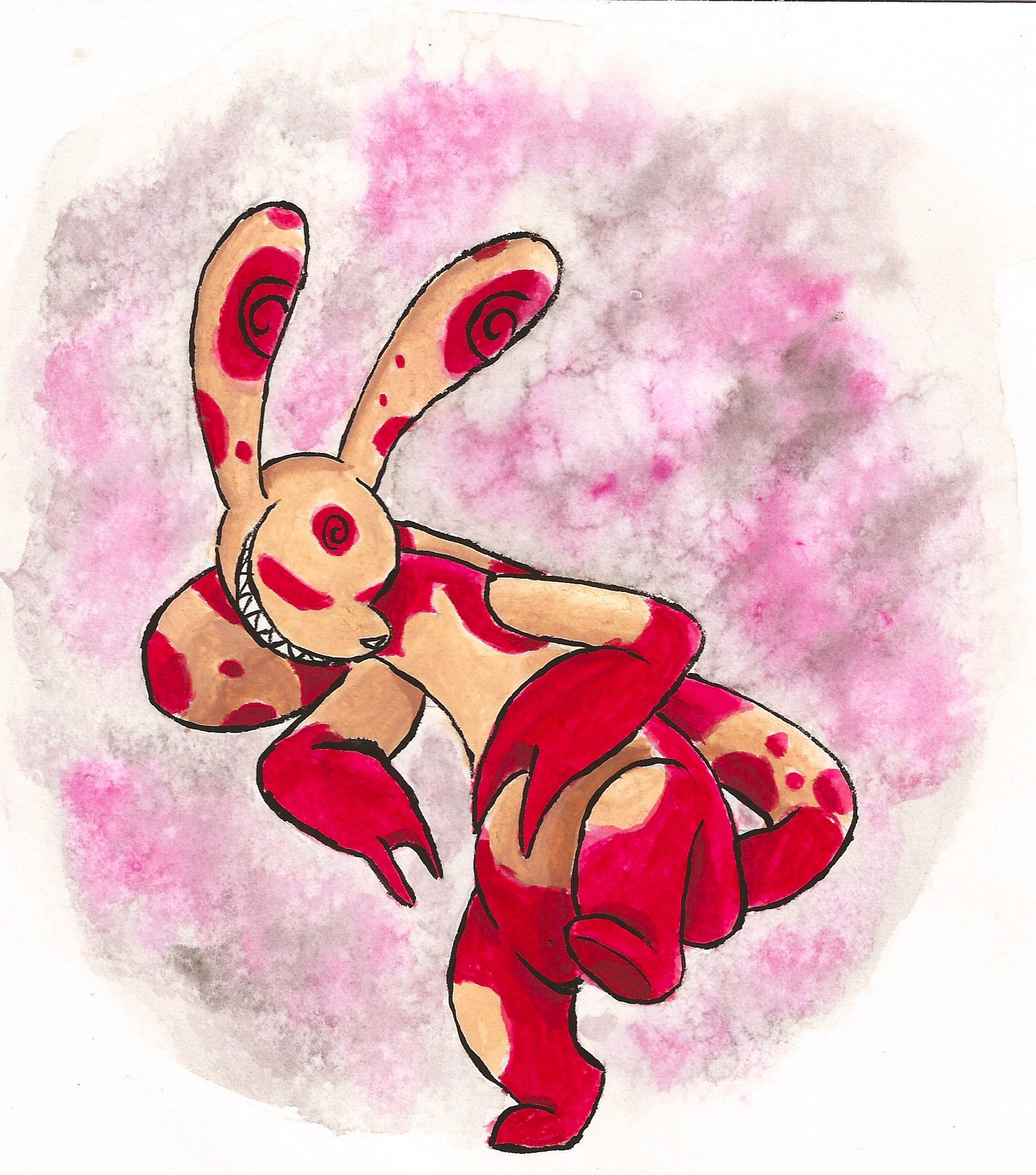 Another one of my recent Nega-Mega Evolution designs, with this one being requested by @PandasRCool .

When first coming up with this design, I knew I wanted Nega-Mega Spinda to have stronger references to the other animals it was based on of such as Red Pandas and Rabbits, though trying to think of a feral design to go with its spot motif as well as its cute and dizzy demeanor was a bit of a challenge. Eventually, I ended up creating something similar to Chuckie the doll or The Joker from Batman where it looks cute and friendly by nature but it's actually dark, sadistic, and crazy,without any hesitation to kill anything on sight. Wanting to incorporate the spot theme in the design, I decided to cover spots on Nega-Mega Spinda's tail, legs, and ears, while its eyes were replaced with two half-spots to make it look like its grinning evilly. Because of this, I decided to give it one eye on the center of its forehead (similar to the All Seeing Eye) so that it looks like it has three eyes due to the additional hypno swirls on its ears (which now act more like sonar sensors)

As for its typing and stats, I kind of ended up making Nega-Mega Spinda more of a parallel/counterpart to Nega-Mega Raichu since I created them both at the same time:

Nega-Mega Spinda
Type: Normal/Psychic
Ability: Prankster
Stats: 70/70/70/150/70/150​
While I did consider the idea of making Nega-Mega Spinda part Psychic type long before creating Nega-Mega Raichu, I kind of saw a good contrast between these two pokémon and went with it, sort of like the various version exclusives in the games. Because of this, I decided to give Nega-Mega Spinda a Normal/Psychic type with a drastic boost in its Speed and Special Attack to compliment & contrast with Nega-Mega Raichu's stat boosts; however, since there isn't a Special counterpart to Huge Power (or at least I missed it when I was looking on Bulbapedia), I decided to give it Prankster as its new ability to go with the rest of its design & new motif.