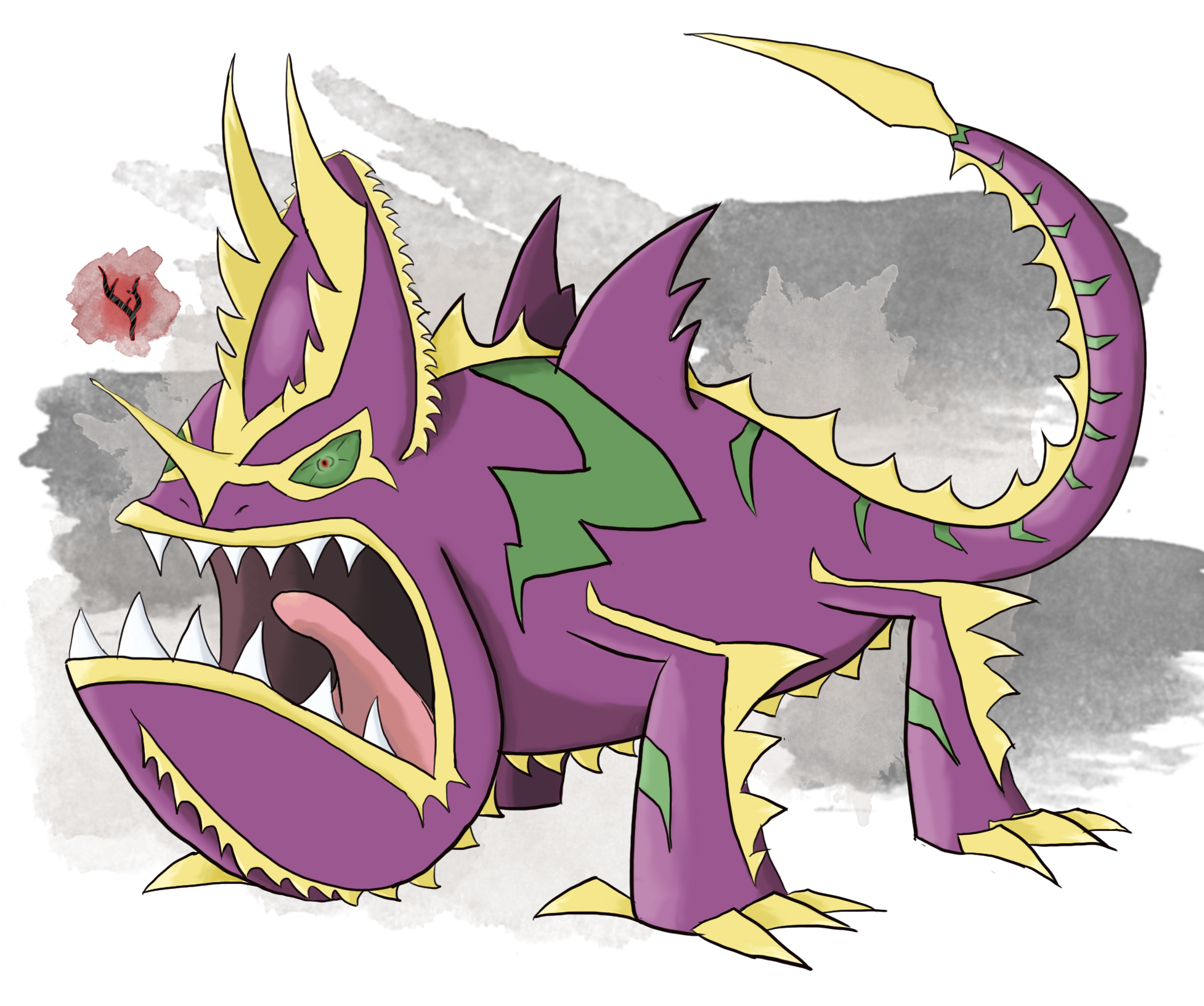 This is the first of my new Nega-Mega evolutions. With the release of Omega Ruby & Alpha Sapphire on the horizons, as well as the recent release of the demo version from the last two weeks, I thought it would be the most fitting to kick things off by featuring a Gen III pokémon. For those of you who don't know what Nega-Mega evolution is, there's a link on the bottom for you to read, though the short version is that it's an artificial mega evolution that transforms pokémon based on their primal instincts and turns them into feral and savage monsters.

When designing Nega-Mega Kecleon, I decided to look at several kinds of chameleons (the veil chameleon, the panther chameleon, & the jackson's chameleon) and try to blend them together. There are also a few references to larger lizards such as the komodo dragon based its pose and how its arms now act like an additional pair of legs. In addition, I decided to add a lot more emphasis on Kecleon's spikes and stripes to make it look more menacing. As for its color scheme, it was partly a reversal of its usual pattern with having a green body and one red stripe, and partly based on the purple/red Kecleon that appeared in both the anime & the Mystery Dungeon games.

When Kecleon nega-mega evolves, it becomes a both a physical powerhouse as well as a tank capable of taking on most hits. It also naturally gains the Protean ability so that every move it uses automatically becomes a STAB move.

This was a concept I thought of shortly before Mega Evolutions were revealed, so once they were first introduced in Japan and leaked worldwide this past summer, I decided to dub the term “Nega-Mega Evolution” since it has some similarities, but is still seen as a darker, more savage version. The simplest way to explain this idea is that it combines Mega Evolution with the special radio waves Team Rocket used in Gen II that forced pokémon to evolve and resulted in creating the Red Gyarados, but the paragraphs below provide a more scientific explanation.