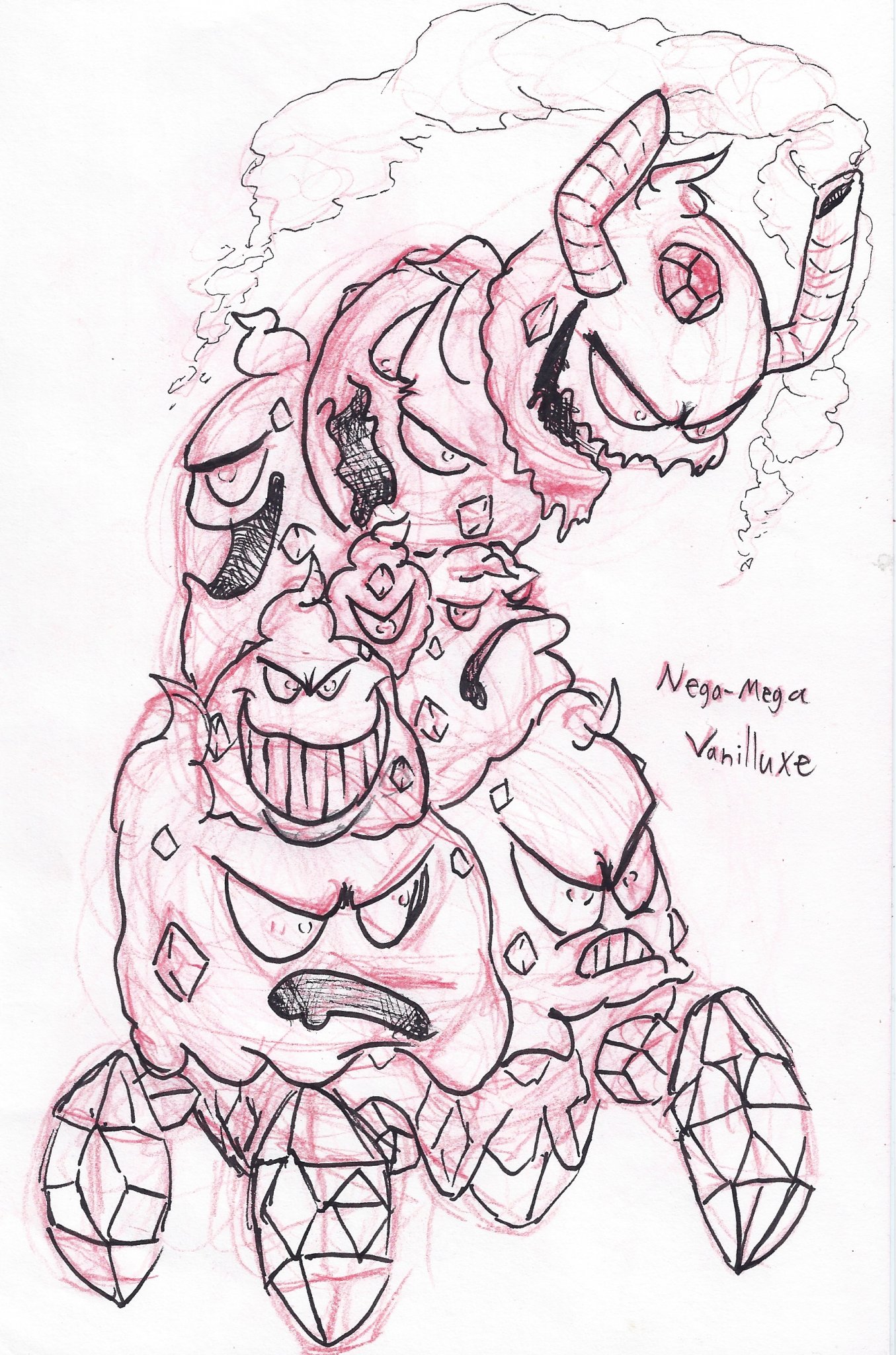 This is the first of a series of small art pieces I plan on doing for a concept I thought of called Nega-Mega Evolution. The spoiler below goes into more detail about it, but it's basically a more feral and induced version of the regular mega evolution that turns pokémon into mindless destruction machines.

Anyway, I felt that Vanilluxe would be the best pokémon to introduce this concept since none of the Gen V pokémon received proper mega evolutions & how the Vanillite line is- based on what I've seen- one of the most despised pokémon species.

Similar to how Vanilluxe is based on a double-scooped ice cream cone, Nega-Mega Vanilluxe is based on a bowl of ice cream with multiple scoops and a cherry on top (indicated by the gem on the top scoop's forehead). I also added a few elements to make it appear more intimidating such as crab legs, more horrific faces on each of the scoops, and turning the straw-like thingy into a pair of demonic horns.

I plan on coloring this (and other Nega-Mega evolutions) in the future, though I'm still debating on using either watercolor or Photoshop


This was a concept I thought of shortly before Mega Evolutions were revealed, so once they were first introduced in Japan and leaked worldwide this past summer, I decided to dub the term “Nega-Mega Evolution” since it has some similarities, but is still seen as a darker, more savage version. The simplest way to explain this idea is that it combines Mega Evolution with the special radio waves Team Rocket used in Gen II that forced pokémon to evolve and resulted in creating the Red Gyarados, but the paragraphs below provide a more scientific explanation.