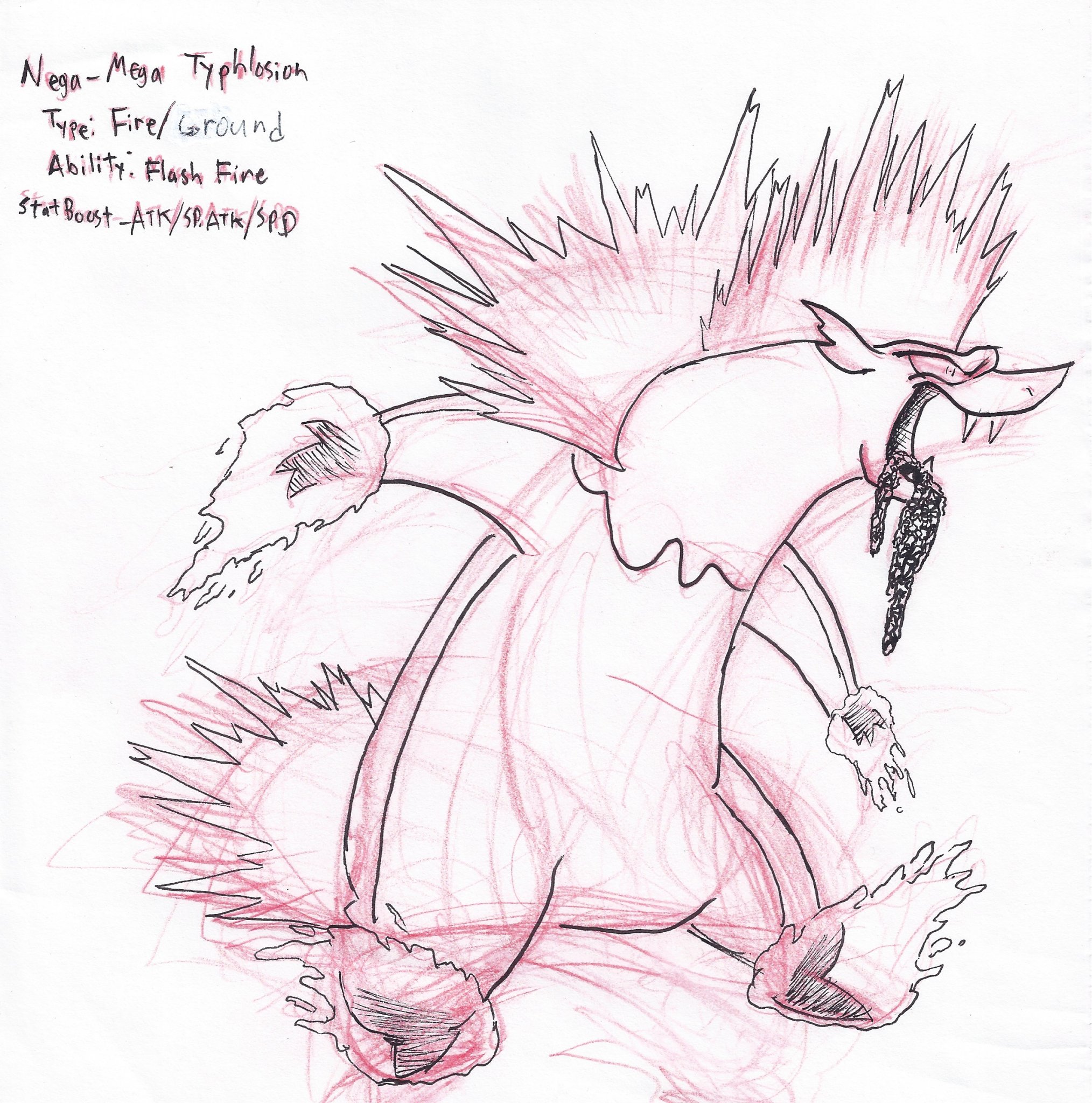 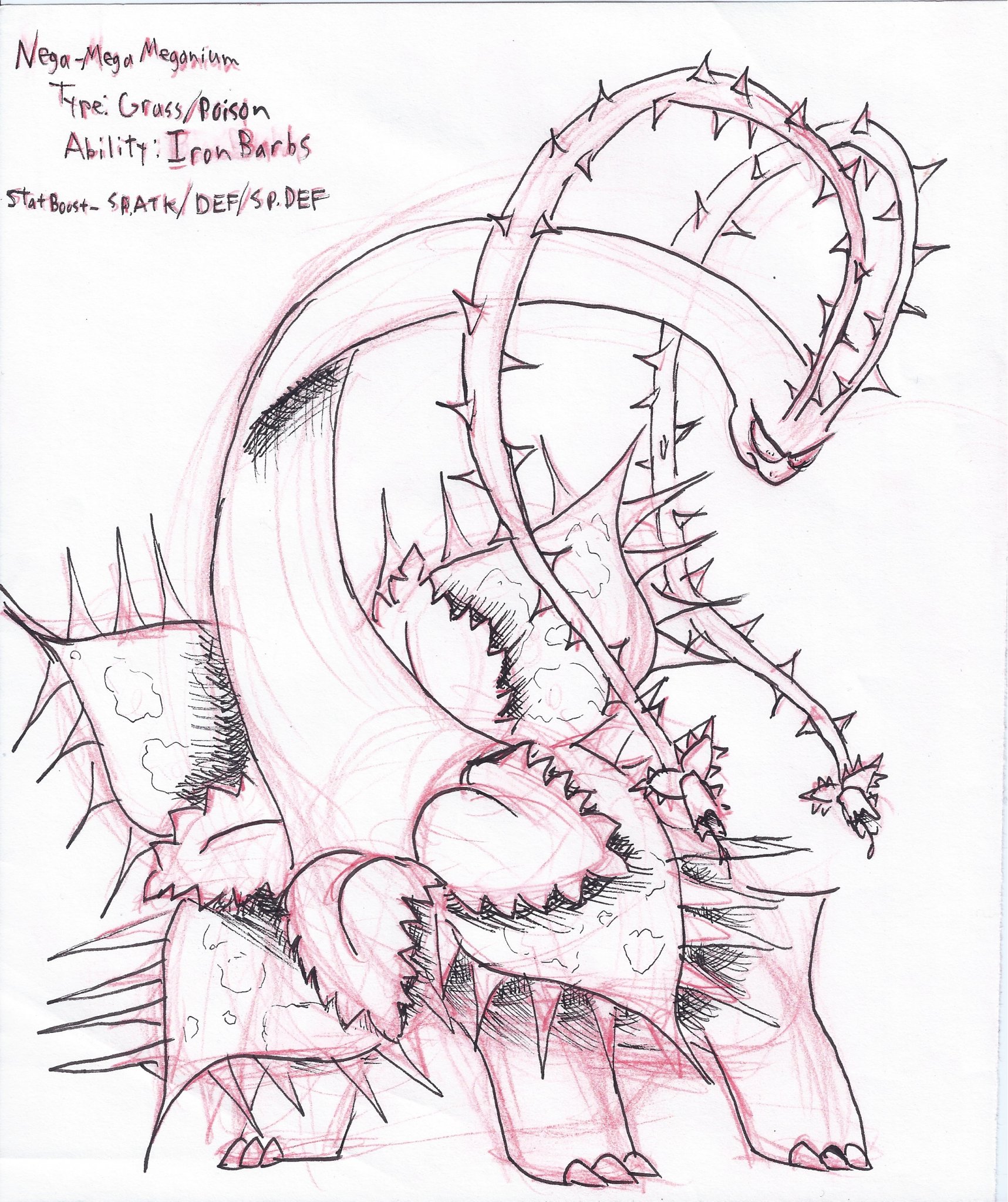 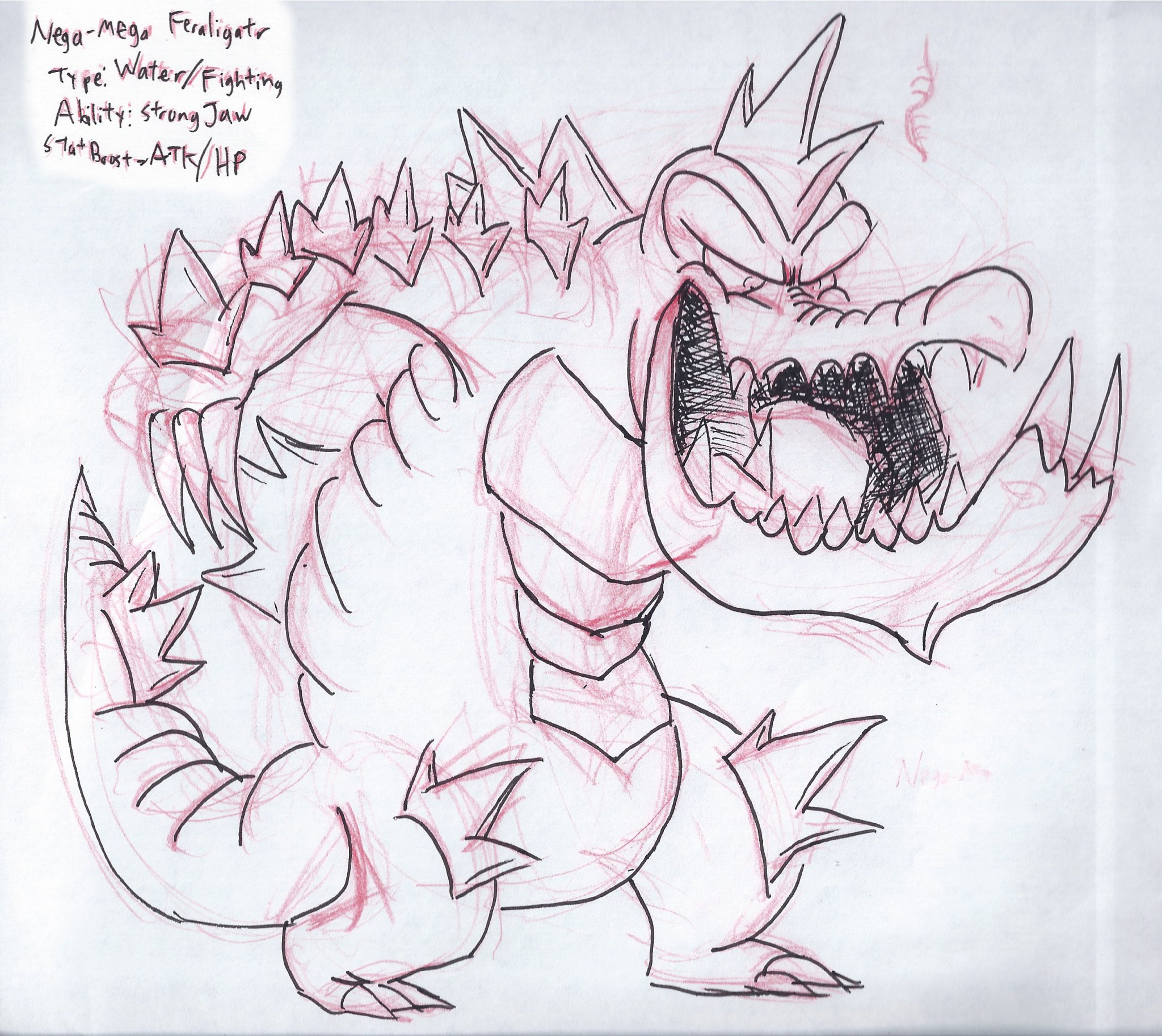 Since I'm back from my college finals hiatus, I wanted to kick it off by continuing my Nega-Mega Evolution series. I actually worked on these three designs before I had to go on hiatus, but I wanted to wait to upload them before I finished all of my schoolwork.

Anyway, in case anyone forgot, Nega-Mega evolution is basically a more feral and induced version of the regular mega evolution that turns pokémon into mindless destruction machines, but I added the spoiler I wrote for Vanilluxe on the bottom to give a more thorough explanation. Part of the reason why I wanted to do these was because the Johto games are my personal favorites, plus I thought it'd be a nice contrast since the Kanto starters all have regular mega evolutions

When designing these three pokémon, I wanted to try and go for a little more of a natural effect that related to either their motifs or their natural abilities. In this case, Nega-Mega Typhlosion now has flaming hands & feet, his face turned red and the fact that he's drooling lava all emphasize tohow he's related to volcanoes. Nega-Mega Feraligatr has a giant mouth since it's known as the Big Jaw pokémon, & Mega-Nega Meganium has larger leaves and petals with thorns to show how it's become a more wild and unruly plant. However, since Nega-Mega evolutions cause the pokémon to become feral predators, I decided to make them all dual types to corrupt their pure and simplistic typings that related to the motif of Gen II.

By the way, thanks for all of the likes and comments from my other Nega-Mega designs while I was on hiatus. It really means a lot to me

This was a concept I thought of shortly before Mega Evolutions were first revealed, so once they were first introduced in Japan and leaked worldwide this past summer, I decided to dub the term “Nega-Mega Evolution” since it has some similarities, but is still seen as a darker, more savage version. The simplest way to explain this idea is that it combines Mega Evolution with the special radio waves Team Rocket used in Gen II that forced pokémon to evolve and resulted in creating the Red Gyarados, but the paragraphs below provide a more scientific explanation.